Bulk Agro (India) Pvt. Ltd. provides Ocimum sanctum which is also known as Tulsi. Ocimum sanctum is generally used for a number of purposes as a curative supplement, and supposed to treat several diseases. We meticulously process the Ocimum sanctum ensuring that there are no toxins in it. These particular Ocimum sanctums you can buy at a less expensive cost from us. We’re an established name as Ocimum sanctum Producer and Supplier in Rajasthan.

Ocimum sanctum is a very old herb well-liked because of its restorative results on the well-being of a person. This product has a number of positive aspects on your well-being. This natural herb is mostly used in India. It’s getting a rising importance in the developed western nations. The point that creates Ocimum sanctum extremely powerful is its own high antioxidant as well as adaptogenic characteristics. Ocimum sanctum tea has a vital constructive influence on the health of the person’s entire body.


Ocimum sanctum is usually termed as Tulsi and it also keeps a significant space in the spiritual events conducted in the Hindu society. The particular medicinal and religious importance of Ocimum sanctum in India makes it an extremely popular natural herb which is present in just about every home.

Ocimum sanctum is furthermore referred to as Holy Basil and its particular intake in the form of tea is bringing out its other positive aspects to consumers. The vitamin antioxidants found inside it stop the tissues from the destruction due to toxins which enhance the main cause and progression of different types of ailments. The adaptogens present in Ocimum sanctum safeguard people through the actual physical, inorganic, ecological, plus psychological aspects that create higher degrees of worry and stress, which has an immediate effect on our body and mental well-being.

Ocimum sanctum is useful for lowering tension as well as helps in psychological understanding. It is actually acknowledged among India’s most holy plant due to its health advantages and curing attributes. The ingredients of Ocimum sanctum are generally used to treat severe headaches, skin complications, digestive system disorders as well as several other ailments. Ocimum sanctum may also be coupled with many other plants to get more desirable outcomes.

Ocimum sanctum tea has a major impact on your metabolic process procedure. For this reason, Ocimum sanctum tea could be successfully considered a good choice for fat loss medicine. This item assists in improving the stamina levels and strength of a person. The person’s stamina will be higher who routinely take Ocimum sanctum tea.
Ocimum sanctum assists in lowering tension ranges as well as decreases the results of tension. This item is abundant in antioxidants; thus they have an anti wrinkle impact and avert ailments such as Alzheimer. 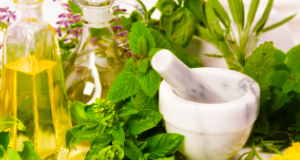 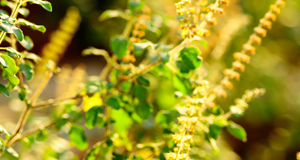 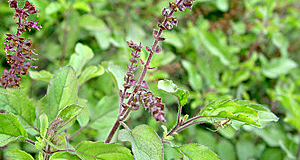